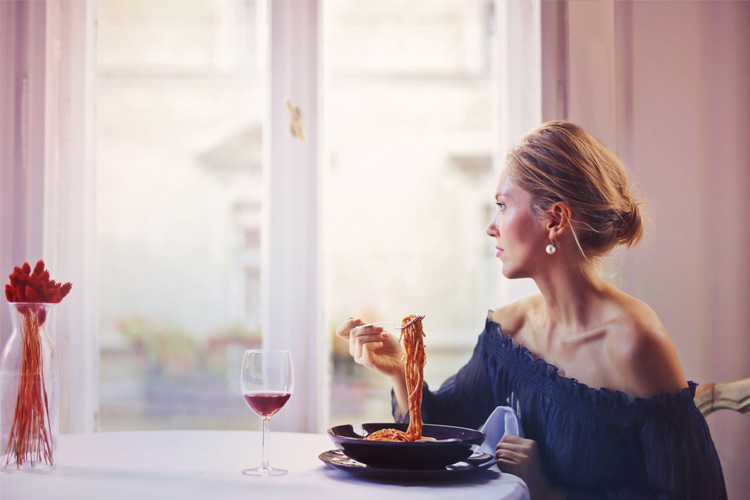 Depression and anxiety disorders are causing the world a USD 1 trillion loss, annually.

Depression is a leading cause of disease burden and a major contributor to global disability.

Alarming right? Yes, those are bitter facts that the global research reports on health and diet say.

“Depression, characterized by low mood, loss of interest or pleasure in life, and disturbed sleep or appetite, affects over 300 million people globally, which represents a global prevalence of 7% for women and 4% for men,” reveals a global report compiled through observational studies on health and dietary habits.

“A range of demographic, biological, genetic and behavioral determinants for depression have been proposed. Of the latter, habitual diet has been increasingly examined as a potential independent predictor of disease risk,” the report concluded.

By now, we will have reached a consensus on the significance of healthy diet in causing or controlling depression.

A disturbed dietary habit could be the result of:

The survey found majority of adults reporting ‘overeating’ and ‘unhealthy eating behaviors’ as a result of stress.

“38 percent of adults say they have overeaten or eaten unhealthy foods in the past month because of stress. Half of these adults (49 percent) report engaging in these behaviors weekly or more,” says the survey.

The alarming fact is that they do so to overcome stress!

According to the survey, 33 percent of adults who report overeating or eating unhealthy foods because of stress did so to distract themselves from stress.

While 27 percent of the survey respondents say they overeat to manage stress, 34 percent respondents made this behavior a habit.

All this resulted in loss of confidence and strength among them, leading to the big cause i.e. Depression we discussed above.

Like their contribution to every trend, teens were found to be among the key contributors to this trend of ‘eating under stress’!

‘Skipping breakfast’ is one most common habit that the ‘Stress in America’ survey observed under this trend.

“Half of teens (50 percent) who have skipped a meal in the past month due to stress say the last meal they skipped was breakfast, vs. 45 percent of adults who say the same,” the APA survey found.

According to the survey findings, 26 percent of teens reported such overeating or unhealthy eating habits due to stress, with half of them doing so weekly or more.

33 percent of them admit that they do this to get distracted from stress!

“After overeating or eating unhealthy foods, teens report feeling bad about their bodies (41 percent), disappointed in themselves (40 percent) and sluggish or lazy (39 percent). After skipping meals due to stress, 25 percent of teens report being irritable and 19 percent say they feel sluggish or lazy,” the survey concludes.

According to the APA survey, women of almost every age group reported unhealthy dietary habits due to stress compared to men.

The shocking reasons behind their overeating or unhealthy eating due to stress was ‘lack of self-control’ and ‘to manage stress’.

“Thirty-six percent of women report skipping a meal in the past month due to stress compared with 23 percent of men,” says the survey.

Coming to ‘skipping meal’, 71 percent of women respondents said they do so due to lack of an appetite!

When asked why they skipped a meal, 73 percent of older teen girls said that they did not have an appetite.

When asked why they skipped a meal, 73 percent of older teen girls say they did not have an appetite.

Millennials Among the Top

The ‘Stress in America’ survey found millennials are more likely than any other generations reporting #UnhealthyEating habits due to stress or #EatingUnderStress.

“50 percent say they have done so in the past month, compared to 36 percent of Gen Xers, 36 percent of Boomers and 19 percent of matures. Millennials are also most likely to say they ate unhealthy foods or overate because of a food craving,” the survey found.

Overall, millennials are most likely to #SkipBreakfast, eat to #ManageStress and skip meals as a habit, among other unhealthy dietary habits that encourage the trend!

This story is definitely an eye-opener for those ignoring/skipping/missing regular diet to catch up to their busy lifestyles. Remember, doing so makes you an addition to the 300 million+ already suffering!

Lead a healthy life with a well-balanced dietary plan!

A gentle reminder! You might require a fitness tracking application to check where you stand up to in your health journey.