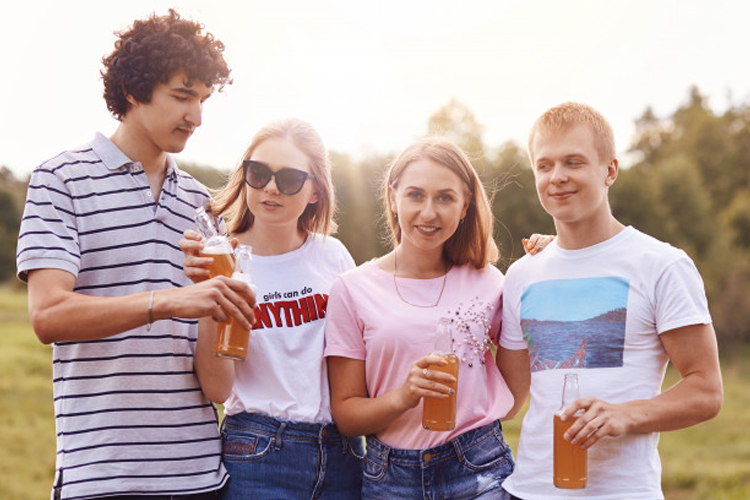 Energy drinks are one of the highly consumed beverage products in the world.

According to the Grand View Research’s market report, the global energy drinks market is projected to increase to USD 84.8 billion by 2025.

In fact, it was found that teens alone consumed USD 16.3 billion worth of energy drinks in 2016, and adolescent consumption is only expected to rise.

In the recent years, energy drinks became the most popular dietary supplement consumed by teens and young adults.

According to a study, one-third of teenagers consume energy drinks regularly.

Taste, promotion, affordability, accessibility and peer influences are the major factors that fuelled the consumption of energy drinks among teens.

Teens consume energy drinks to get an instant boost of mental and physical energy along with increased performance. They usually drink to stay up till late nights or feel energetic before any event or occasion.

Energy drinks contain added sugar, caffeine, additives, and stimulants such as L-carnitine, taurine, and guarana. Although these stimulants are known to improve attention, alertness and energy, the negative effects prevail over the positive short-term gains.

Side Effects of Energy Drinks on Teenagers

According to the US National Centre for Complementary and Integrative Health, high amount of caffeine and additives in energy drinks could have harmful effects on the health of teenagers.

Surprisingly, many teenagers perceive energy drinks are healthy and some use them for weight loss.

These festering aspects make it even more imperative for teenagers and their parents to understand the side effects of energy drinks.

Energy drinks contain caffeine as the major ingredient which causes increased alertness and deferred fatigue. This, in turn, leads to insomnia, short sleep and sleeping sickness.

Many teenagers prefer consuming energy drinks to boost stamina before, during or after sports or any physical activity. The main concern here is dehydration.

Energy drinks contain caffeine which is a diuretic that causes body to lose water. Exercise alone can dehydrate your body and energy drinks can worsen dehydration and be harmful to heart.

In one serving, an energy drink can have up to 500mg of caffeine, which is equivalent to 14 cans of caffeinated soft drinks.

These amounts of caffeine cause cardiovascular issues including high heart rate, increased peripheral resistance which leads to increased blood pressure, tachycardia, palpitations and may also cause arrhythmias.

The American Heart Foundation found that the healthy people who drank 32 ounces of energy drinks in an hour had abnormal heart activity and higher blood pressure four hours later.

15% of teens mix alcohol in their energy drinks and 9% used energy drinks with illegal drugs such as cocaine and methamphetamine.

Other Side Effects include

In Conclusion:  All the aforementioned health issues may rise only if the teen is indulged in regular consumption of energy drinks. Occasional drinking may not cause any serious health problems.

Encourage your teen to prefer healthy natural alternatives including water, green tea, green smoothies or fruit juices whenever they feel the urge to consume energy drink.

A Fitness App can help you to monitor your caffeine and sugar intake, track progress, talk with consultant, and set goals, reminders and daily notifications.