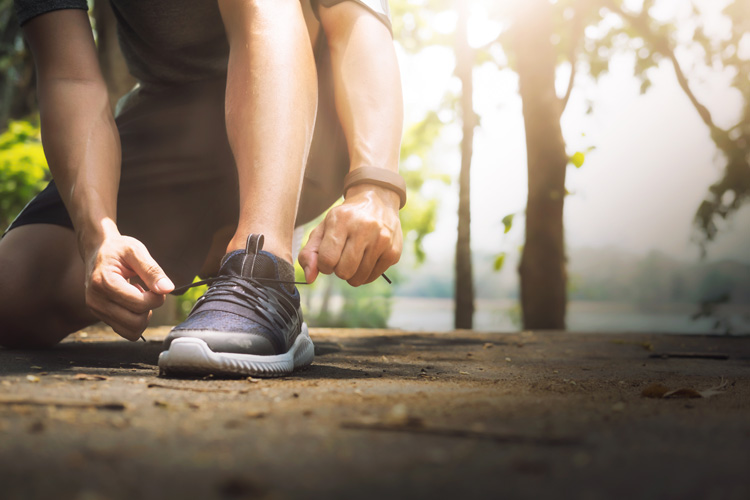 Feeling tired after jogging and looking for some alternative? Then walking is your solution!

As medical research studies show, a brisk walk can produce many positive health results contributing to your overall wellness.

While a brisk walk is recommended as a cardiac workout, studies suggest that the activity also helps in improving brain activity.

According to a recently-published research study in a medical research journal called Neurology, walking activity increases blood flow to brain and reduces the risk of memory decline.

The research found more than 160 older adults with cognitive decline reporting improvement in their cognitive abilities after walking at least 30 minutes in a week.

As per the study, older adults with mild cognitive impairment and Alzheimer’s disease reported slower memory decline over a five-year period because of walking, compared to those who walked less.

Walking increases brain volume and also blood flow showing a positive impact on external functionalities of brain such as focus, span of attention and memory, adds the study.

The decade-long study also found that walking five miles a week has a safeguarding impact on the brain structure.

Meanwhile, another 2018 study published in the Journal of the American Geriatrics Society also found a link between walking speed and cognitive functionality.

The Society reported chances of vulnerability to dementia in people who walked at a speed of less than 5 kmph (3 miles).

“From a biological perspective, there are several mechanisms we think could explain the link. Walking and cognition rely on similar brain regions, mainly in the prefrontal cortices [and], considering this overlap, it is plausible that a slowing of walking speed is a marker of decline in these brain areas,” says Ruth Hackett, PhD, research fellow at University College London.

Many other studies also show walking as a classic alternative to complicated aerobic exercises and highly-expensive gym practices.

According to the scientists at the University of Pittsburgh, a brisk walk for 30-60 minutes a day can bring down your weight without the need for change in any of your lifestyle habits.

Walking can even prevent colds and more, say researchers from the University of Massachusetts.

The University of Massachusetts medical school found that individuals engaged in daily walking reported 25 percent fewer colds than those with sedentary walking habits.

Another psychology department research study from the University of Illinois compares a regular 20-minute power walk during lunchtime (for a six continous weeks) to the course of psychotherapy.

What More? Enjoy the benefits of walking, the tool with you for a healthy living!

Don’t forget! Tracking your exercise progress is as important as doing it on a regular basis. So, you might need a fitness application that can track your footsteps, calorie count, and more to keep you updated!