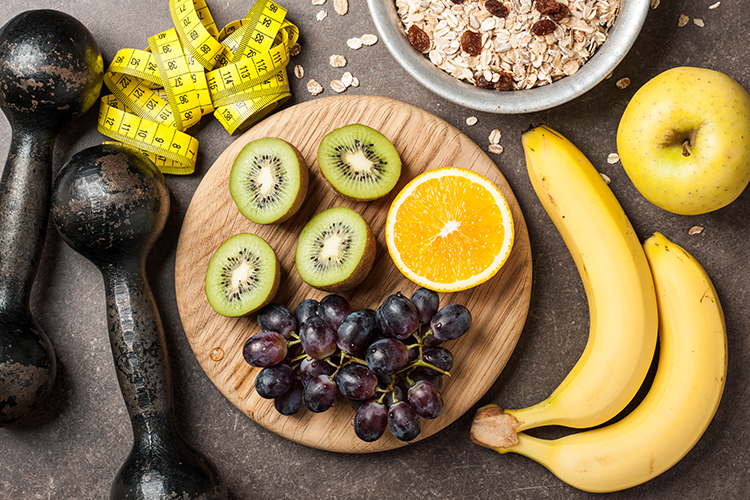 Did you know that regular exercise can induce healthy eating habits among fitness enthusiasts?

A new study published in the International Journal of Obesity explains this phenomenon.

As part of the study, researchers observed 2,680 adults who practiced aerobic exercise training for 15 weeks and concluded that with regular exercise was linked to changes in diet.

Those who performed workouts between ‘moderate’ and ‘high’ intensities ate lesser and displayed increased discipline in consumption of fried foods, pasta and processed meats. All this was done with a shifted focus of eating healthier nutritious food.

Although it is still vague how regular exercise influences eating habits, The University of Texas Professor Molly Bray explains that exercise boosts neurotransmitters in the brain such as dopamine and serotonin, which influence activity levels and eating behavior.

“But people also consciously change their behavior as they experience positive effects like more energy and a fitter body that could also have contributed to the positive change,” she adds.

On the other hand, there is also a psychological component. The attitude and skills required to initiate and continue an exercise program are similar to those required to leave junk foods for healthier options. Thanks to the ‘transfer effect’, which promotes a series of positive changes with the initiation of one.

“When exercise becomes a habit or part of your lifestyle, it takes less mental energy to hit the gym, allowing you to put more effort into eating more fruits and vegetables,” says Dr. Wasantha Jayawardene, PhD, assistant research scientist at Indiana University.

Jayawardene is another nutritionist who identified the correlation between increased physical activity and higher consumption of fruits and vegetables.

According to a 2017 study, eating a vegetarian diet that included fruits and vegetables was associated with up to 43 percent reduced risk of developing obesity.

“Using this natural phenomenon [that exercising leads to a healthier diet] likely could help you reduce the need for future intensive weight-loss interventions,” Jayawardene says.

Adding exercises and increasing the intake of fruits and vegetables is a positive change that can setup a chain of additional positive healthy behaviors.

Finding it tough to keep a track of exercise results and food habits, simultaneously? Take the help of a good fitness tracking application, which gives a complete picture of your progress on fitness.